Strangers Live at Legend Of Rock

Strangers, the rock and roll band from Bangalore will be performing live at the Legend Of Rock on December 20, 2015.

Formed in the year 2015 , STRANGERS is a Bangalore based Rock n Roll band. Musicians who also play for different bands and who have played all over the state and different parts of the country including a few prestigious music festivals came together to form STRANGERS. Rock & Roll being their primary style of music, the band plays a lot of their own music along with covers of the rock and roll bands of the era.

A night with Strangers....is a night of Entertainment .

the Koniac Net plays at MAGAZINE 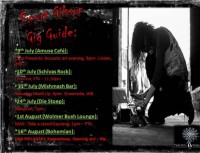 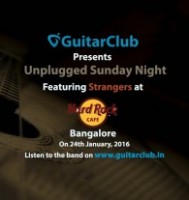